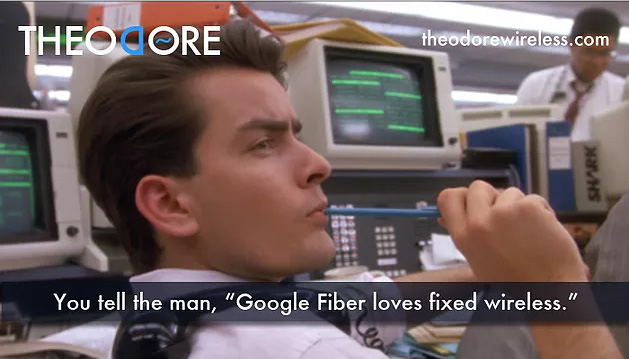 The biggest news in telecom is that fixed wireless is ready for the home broadband market.

It’s good news to thousands of communities afflicted with Goldilocks syndrome, where cable and DSL is too slow, but fiber to the door is too costly. Now at last, the Mother of Invention has delivered a happy medium. It’s “fixed wireless.”

What is fixed wireless?

It’s not the catchiest term, but essentially it means that instead of bandwidth coming to your home from cable or fiber, it's coming from a wireless device (a “radio”) with an antenna mounted at a “fixed” location—like your roof—and generally pointed at a tower in the distance.

Of course fiber still handles the bulk of internet traffic, but without fixed wireless for the last-mile, you're a castaway eyeing broadband from a distance, and no one's sending a boat. Don't get me started on how carriers aren't expanding internet access, but if you're interested I wrote an earlier piece on it [link].

Hey fixed wireless, remember when they called you cheap?

Yeah I know...I did too. But truth be told, you were cheap. Unlicensed—eww, I told everyone to stay away from you! That was then, before Silicon Valley gave you a swell makeover. Now you’ve got the capacity, cost structure and good manners to go anywhere. (Read about my 5GHz install in lower Manhattan.)

Suddenly investors are engaged, and fiber-firsters are thinking, “What am I busting my b*lls and b*dget for?” It’s a question Google Fiber answered when they abandoned fiber rollouts in multiple cities, and bought a WISP (Webpass). I imagine Google probing them on an OR table like bug-eyed aliens.

What to expect from fixed wireless?

150,000+ homes have already been connected by ISPs (internet service providers) in the U.S. and overseas. It's a conservative number, but enough to demonstrate viability in every type of climate, topography and population density.

Here's the view from Prairie Hills Wireless in Ravenna, NE, and an interesting case study.

Almost anyone can become a WISP. It’s a true populist’s technology. Many WISPs got their start bringing high-speed internet to their own communities. Carriers weren’t doing it and so they did it themselves, house by house, from the back of their trucks.

Capital needs are low and the learning curve is manageable. There are no special licenses, the business is recession-proof, and you're looking at recurring revenue with pre-tax profits that would make your accountant blush.

There's a good exit strategy too. In 4-5 years, most WISPs will be bought out and consolidated. It's already happening. I’m hearing that $800-$1,000 per subscriber is the going rate, and so connect 1,000 residences and you could be looking at a cool million.

The time to get in is now.

There's tons of room in the market, but WISPs aren’t the only ones bringing fixed wireless. For instance, utility cooperatives are getting into the action, and so too will carriers—selectively. Ultimately, the term “WISP” will fall out of fashion as every ISP is immersed in fixed wireless.

Likewise, unlicensed and licensed radios can compliment each other, and generally do. We’re calling it “convergence", but it's just common sense. You build out a network and depending on certain variables, you’ll use a mix of unlicensed (e.g., 5GHz) and licensed frequencies (e.g., 11 and 80GHz).

For instance, if you’re going to single-family homes, you’ll want 5GHz for the low price point, and also to prevent foliage from obstructing your signal. You might also use 80GHz (licensed millimeter wave) where you have a 40-unit apartment building a mile or two from a tower. Licensed 11GHz might be just the ticket for backhauling traffic between cities. Each frequency has characteristics that may or may not be helpful. It's about using the right tool for the job.

For more on this, check out this video by Jaime Fink, co-founder and CPO of Mimosa Networks.

What's ahead for fixed wireless to the home?

Fast, prolonged growth. This industry is going from hundreds of thousands to hundreds of millions, worldwide, and it will do more to close the digital divide than anything.

Scalability is a hallmark of new fixed wireless tech, but it doesn't obviate proper planning and spectrum management. Fortunately, we're getting help from technology and policy makers. I’ll briefly touch on three examples though there are many:

1) RF elements (small “e”), makes an innovative “horn” antenna that mates with all leading radios to replace sloppy traditional sectors. Horns have no side lobes, which totally tames colocation noise at towers, while targeting precise locations instead of taking the old buckshot approach of blanketing an area with signal. These antennas could recover an enormous amount of spectrum from thousands of noisy legacy systems still in use. I'm a believer and wrote about the tech in November, after hearing some powerfully compelling testimonials [link].

Why is Devo is Suing RF elements for their Symmetrical Horn Antennas? 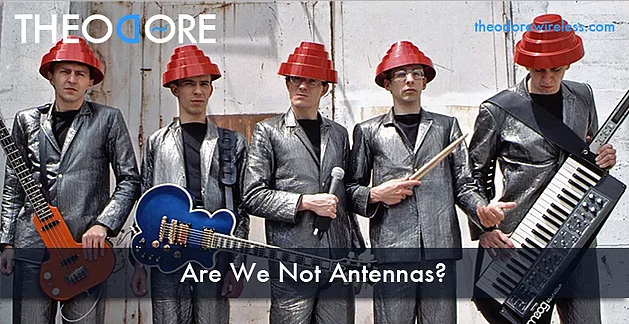 2) Recently Micronet Communications* petitioned the FCC to waive notification fees when an operator abandons a transmitter and no longer needs his license. Licenses are good for ten years, but if holders gets out early and don't feel like filing an update ("modification") with the FCC, they can simply let the clock run down.

There may be hundreds, possibly thousands of frequencies that could be returned to circulation if licensees had better inducement to update the FCC. Meanwhile, the commission loses nothing, because new license applications bring higher fees than radio obits.

*In full disclosure, Micronet Communications did all my frequency coordination and licensing for the better part of twenty years, and I never thought of going elsewhere. Highly recommended!

3) And finally, from San Francisco comes a new ordinance that makes it unlawful for owners of multi-dwelling buildings and commercial properties to play favorites with internet access providers based on who’s greasing their palms. Fair and unfettered roof access is essential for fixed wireless growth, but good broadband access is also beneficial for building owners.

There’s lots more, but let me close for now with this thought:

Wireless innovation is happening everywhere at once, and you can hardly blink without missing something. The tech is being revamped in mind altering ways, from the ground to the stratosphere. Before long, wireless is going to remind us all *who* started the electronics industry.

Have a wonderful New Year, and stay tuned, because fixed wireless is hopping and I’m all over it!