I am not a frequent blogger, as you may judge by my publishing activity. Not that I am shy, humble or quiet person, I was simply not born for blogging. I am the nightmare for any SEO company contracted by RF elements and rewarded based on achieved improvements: CEO blog is not happening. Do not get me wrong, I enjoy running RF elements at least as much as I enjoyed my earlier gigs – yet with one important difference. This one IS special.

When Martin (RF elements Co-Founder and CTO) and myself discussed the idea of starting RF elements back in 2009, we had no clue what RF elements will become in 2018. I mean, no one should underestimate Martin´s megalomaniac syndrome or my skills. But be honest - do not believe anyone who tells you how „he knew from Day 1“. In real life, that happens pretty rarely. You fall, you learn, you rise - every day of the journey. The true breaking point for RF elements came in 2012, when Martin showed me the demo of the idea that became the TwistPort™ two years later. I remember being critical of it and also remember Martin´s sad eyes. I liked the concept hands down, I was just skeptical about how we can sell it to the crowd that, at that time, was high and raving on wild ubiquitous party. It was pre mature, too early for customers to understand the idea and adopt the product. WISPs probably needed to feel the hangover from what they were doing with their networks at the time, unfortunately. At least that was my feeling back then. The most difficult part was to convey this message to the inventor. Tell this to someone as paranoid, crazy and energetic as Martin and the fun starts immediately :-) So Martin somehow digested my refusal and he and the team worked hard to convince me, that it was worth the risk. I am glad they did and that they did an outstanding job on creating TwistPort™, Symmetrical Horns™ and TP Adaptors. By the way, Martin is covering this era in his blog and I must say it is hilarious reading even for me :-) 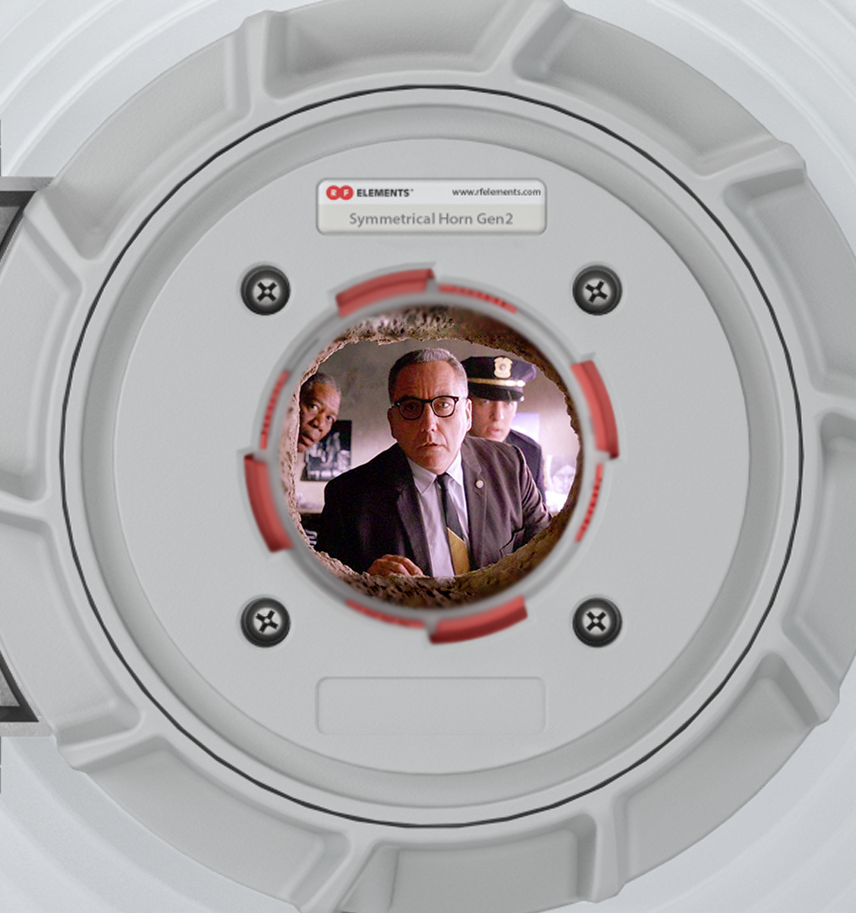 Sometimes you don´t get it even if it´s right in front of you.

It is well known how this ended up – we introduced the TwistPort™ and industry changing products in October 2014 at WISPAPALOOZA 2014 in Las Vegas. To be honest, I was still thinking it was an immense risk for RF elements. As a company we were not in a good shape for a potential breakthrough back in 2014. Our angel investor was no longer able to support us, we had operational cash issues (as many start-up companies have), we were before the next round of fund raising and the team was pretty exhausted. Everything screamed: wrong time, wrong place, don´t do it. But despite all of the above, I was completely convinced that we had something able of changing the industry forever.

Why we were so confident? First of all, we were addressing multiple important problems with one simple solution. Problem #1 every WISP is dealing with: RF pollution. RF pollution has many different names and symptoms. Not enough spectrum, high noise floor, noisy area, etc. We were solving the issue at it´s root, dealing with the source of the problem, not with it´s consequences. Yes, there was the flipside to the coin: it required fundamental change, re-design of how antennas and radios function together. A totally different approach to how they are deployed. Game changing in it´s true meaning. But history has many examples showing that this is proven way how to improve things to the whole new level.

While long lasting internal discussions about the new invention, I realized that prior to being able to change the industry paradigm, we needed to change our own. Honestly, this was the most difficult part for many in our Team including myself. Yet, the change itself took just a moment, and suddenly you see huge opportunity where others see huge risk. We became different company from that moment. Magic.

WISP business is difficult and WISPs are not easy customers to sell to. They do not buy for fun and are very demanding. On one hand, being a WISP, you try to stick to technology and equipment you are familiar with, following the „Don't fix if it ain't broken“ rule. On the other hand, market forces you to improve every day. To deliver better performance, higher throughput, to do more customer connections. That means new technology, new gear, new everything. WISPs have to improve perpetually, while aiming for a stable network. Yin-Yang of ISP business.

Despite, or more precisely, because of all stated above, we took the path of going against all established industry paradigms, myths and misconceptions fed to the customers over many years. We took the path of arguing, convincing, idea-battling explanations of what is the real source of throughput problems that WISPs had. We did all of those potentially suicidal actions to convince WISPs about using our new invention, because we were damn sure it will help them in a way nothing else would. It was an insane mission, and it did paid back big time. After a year, year and a half, adoption has started. First installations, first feedbacks from happy customers. The stone started rolling.

One of our first RF elements On Tour Events in Oslo, Norway, back in 2015. One of the nicest group of people I met in my professional life.

I am writing this blog while finishing preparation for WISPAPALOOZA 2018, WISP industry annual event that starts in two days in Las Vegas. It is obvious it will bring an avalanche of „everything waveguide“. More vendors, including the important ones, will hop on the waveguide train that left the station four years ago. Let me make my point very clear: We started this trend back in 2014 and we encourage every single vendor in WISP industry to go with the waveguide connector. Why? Because it is good for the customer. Because it is good for the whole industry. Because it is the right thing to do, period. Since the very beginning in 2014, we offer TwistPort™ royalty available for any radio manufacturer basically for free to support the core idea of industry change. We naturally believe TwistPort™ is the best choice.

While stating that vendors moving towards waveguide connector is a good thing, we must add that the devil is in the detail.. and in the benefit for the customer. The tricky part when a vendor follows a trend or an exceptional invention is, that most vendors do it mainly for money, or better said, to protect their businesses. They often ignore the innovation component. The danger is, that the following of a trend (sooner or later), will bring a lot of mediocre, poorly executed and presumably low cost/low value products that were created to 'go with the flow', rather than delivering value to the customer. Such products are an example of a lack of ambition to "make the world a better place" on the side of a vendor. This is sad, because in the long run, customers benefit from fundamental innovation, not from incremental improvements, or lower MSRPs. And WISP business is usually not a six month gig. 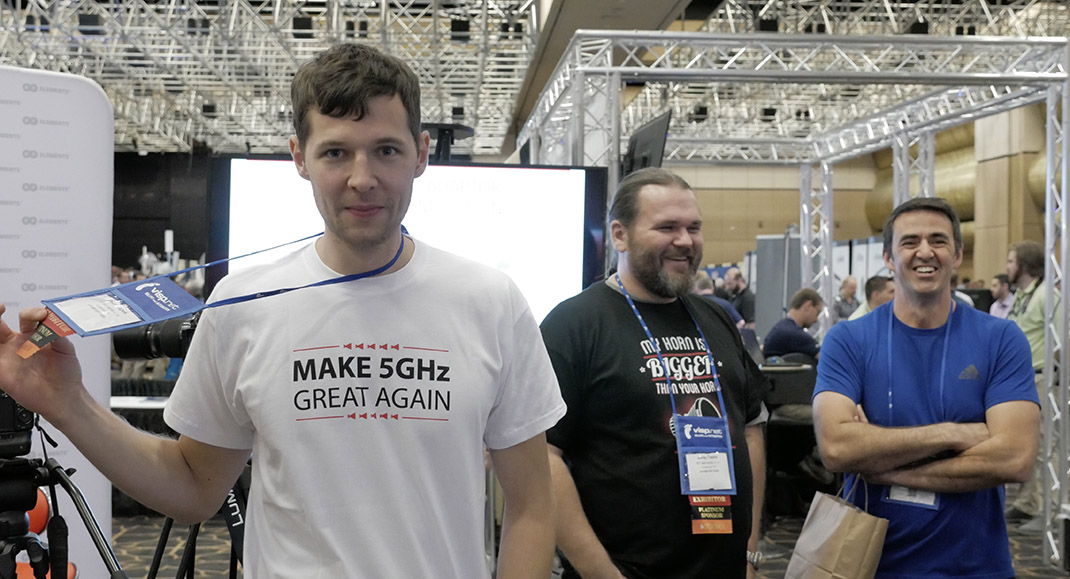 One possible implication of Bushido code says, that you should value and respect a good opponent. Skilled enemy pushes you to improve your own skills. Skilled enemy keeps you sharp. Let´s see, if among plethora of new waveguide products, somebody will bring new spirit to the game. In any case, You can rely on us moving forward and showing up new products that will make the world a better place :). See you soon at WISPAPALOOZA 2018 in Las Vegas!

What is your opinion? Feel free to post comments and feedbacks.